Yes, George is right. No cavalry yet in the scope of the project. But we will certainly see it as an expansion. So you watched the Patriot, and thought the bad guys were cool?

I mean I have nothing against dragoons in general, they’re some of my favorite units, but that’s a weird way to become close to them...

“I have lived, Sir, a long time and the longer I live, the more convincing proofs I see of this truth -- that God governs in the affairs of men. And if a sparrow cannot fall to the ground without His notice, is it probable that an empire can rise without His aid? ” - Ben Franklin Yes, George is right. No cavalry yet in the scope of the project. But we will certainly see it as an expansion.

I’ll refrain from posting anything about units outside Infantry then. Especially to prevent the thread from filling up. Be ready and waiting for the expansion! Haha thanks for the heads up George.

So you watched the Patriot, and thought the bad guys were cool?

I mean I have nothing against dragoons in general, they’re some of my favorite units, but that’s a weird way to become close to them...

They’ve never been the bad guys to me. Cornwallis was about as much as a gentleman could be in handling what the British considered rebels beneath them. As for Tavington (Tarleton), sure the Church scene always gets me but no even as a child I admired his passion and ruthlessness. Much like I admired Ben Martin’s. Pretty sure I even did a school project on Tarleton in like 04’. If I was alive in 1776 please note I would have still considered myself an English citizen and would have been a Loyalist.

The Patriot is not a favourite of History Buffs (apologises for sounding angry in the review) and Brandon F. (gets very pedantic) 😉

Funny to watch (and maybe you'll catch our teaser too!).

This post was modified 5 months ago 2 times by PeterSJ

Well, first the church scene is ahistorical, nothing like that ever happened, but Tarleton and his dragoons did a lot of other nasty acts in the backwoods of the Carolinas. What happened in that area was a civil war-style brother vs. brother conflict, and Tarleton was all too happy to pour oil on the flames.

Cornwallis was somewhat better and more respectable than most British commanders, but he still went out of his way to humiliate General Lincoln and the defenders of Charleston in 1780 when they surrendered.

“I have lived, Sir, a long time and the longer I live, the more convincing proofs I see of this truth -- that God governs in the affairs of men. And if a sparrow cannot fall to the ground without His notice, is it probable that an empire can rise without His aid? ” - Ben Franklin

The Patriot is not a favourite of History Buffs (apologises for sounding angry in the review) and Brandon F. (gets very pedantic) 😉

Funny to watch (and maybe you'll catch our teaser too!).

Yeah I can imagine it’s not a favorite. I only have a minor in history with some study in American Colonial History.

I’ll make sure to watch those when I get home. However, you threw me off because my name is Brandon F haha. Is that the name of the fellow doing the reviews?

One thing I do know is Hollywood isn’t keen on representing the facts all to much.

Yeah, Brandon F. is an American re-enactor and YouTuber. Quite nice if you can get used to him, he gives a lot of useful information on the soldier's life, pretty educational.

Ah lovely, anyone I share a first name with and a starting last initial I must watch haha. Thanks for the recommendation. Ah, another gentleman who favors fighting in the saddle. I'm right there with you, but as it's been explained, we must wait. That's a wait I'm willing to endure! We must march the terrain the same as our men for now, but our excellent patience will present wonderful opportunities to 'gallop' into the future, haha. For the Kingdom of Great Britain 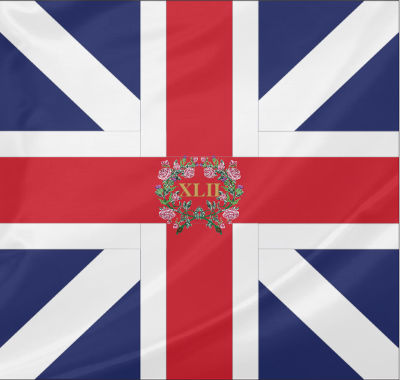 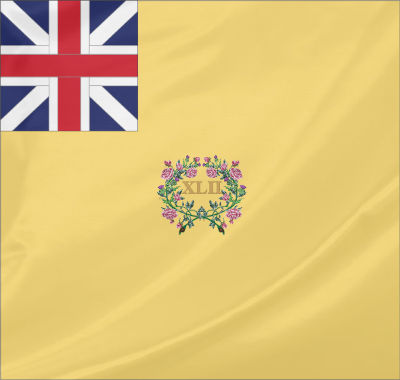 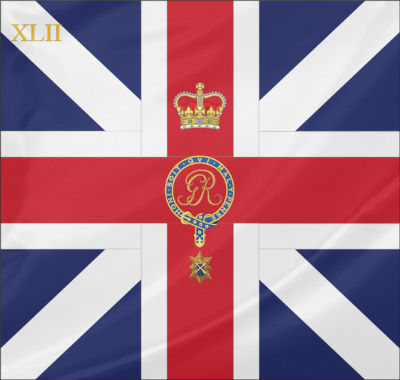 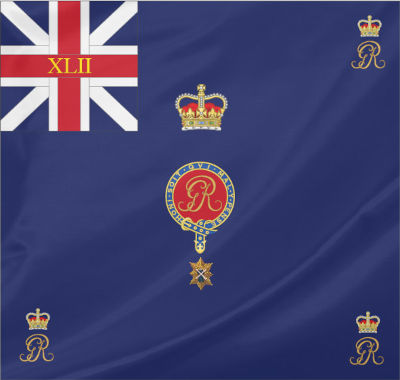 Motto : Nemo me impune lacessit - No one provokes me with impunity

Formation of the Regiment

The ten Independent Highland Companies of "Black Watch" were officially formed into the "43rd Highland Regiment of Foot", a regiment of the line in 1739. It was first mustered in 1740, at Aberfeldy, Scotland. The Colonel was John Lindsay, 20th Earl of Crawford and the Lieutenant-Colonel was Sir Robert Munro, 6th Baronet. Among the Captains were his next brother, George Munro, 1st of Culcairn (also a Captain of an Independent Company raised in 1745) and their cousin John Munro, 4th of Newmore, who was promoted Lieutenant-Colonel in 1745 (in place of Sir Robert who went on to command the 37th (North Hampshire) Regiment of Foot). The other Captains of the 43rd were George Grant, Colin Campbell of Monzie, James Colquhoun of Luss, John Campbell of Carrick, Collin Campbell of Balliemore and Dougal Campbell of Craignish.

The regiment's first full combat was the disastrous Battle of Fontenoy in May 1745, where they surprised the French with their ferocity, and greatly impressed their commander, the Duke of Cumberland. Allowed "their own way of fighting", each time they received the French fire Colonel Sir Robert Munro ordered his men to "clap to the ground" while he himself, because of his corpulence, stood alone with the colours behind him.

Sent to the Americas

The rest of the regiment landed in England on 4 November and remained there in anticipation of a possible French invasion until after the rebellion ended. From early 1747 to the end of 1748, it was in Flanders but otherwise was stationed in Ireland until 1756. In 1749, after Oglethorpe's Regiment of Foot was disbanded and the Black Watch was re-numbered the 42nd and in 1751 formally titled the 42nd (Highland) Regiment of Foot. On the outbreak of the Seven Years' War in 1756, it was sent to North America.

During the French and Indian War, at the first battle of Ticonderoga, also known as the Battle of Carillon, the regiment lost over half of its men in the assault in July 1758. At that time they were already officially recognized as a Royal regiment. The second battalion of the Black Watch was sent to the Caribbean but after the losses of Ticonderoga, the two battalions were consolidated in New York. The regiment was present at the second battle of Ticonderoga in July 1759 and the surrender of Montreal in September 1760. They were sent to the West Indies again where they saw action at Havana, Martinique and Guadeloupe.

Between 1758 and 1767 the 42nd served in America. In August 1763, the regiment fought in the Battle of Bushy Run while trying to relieve Fort Pitt, modern Pittsburgh, during Pontiac's Rebellion. The regiment went to Cork, Ireland in 1767 and returned to Scotland in 1775.

I am once again asking for you political support - Watson-Wentworth I'ld like to add some units but I don't know how exactly because of their function/history and their sizes, considering that sources are sometimes contradictory. There is "military house of the king" that is composed of royal guards and they are all mounted units (4 companies with the first being the "Guarde Ecossaise" usualy leaded by a member of the scottish royal family), the "Guarde Suisse" that is an infantry unit and finaly the famous "Mousquetaires du Roi" (only 2 companies : 1st being the Grey Musketeers and 2nd the Black Musketeers). I would love to add "les Mousquetaires" but it is a mounted unit, acting like the dragoons, often fighting as infantry under Louis XIV but mostly used as light-cavalry under Louis XV. They are under the direct command of the King, he is the true captain of the Mousquetaires units, he is delegating them to his "Capitaine-Lieutenant". To the king personal guard you add an infantry regiment guard.

Anyway this was just an example of a small unit (except the infantry guard) but there are also other units that are regiments sized and that are important. My limitation there is that I'm not sure how to evaluate the size as french regiments were formed of 4 batallions of 17 companies each (+ 1 prévôté) making a regiment size of, depending of the period, approximately 3000 to 5100. Numbers are tricky to me  😀 Basicaly there were 12 historical permanent regiments until 1776 (military reform : number doubled but size reduced) and all disappeared in 1789... To be renamed and reformed during Revolution and Empire. You can also add the Queen regiment, the Dauphin regiment, and few others linked to royal family members (but better of course sticking to king only I assume). I'm not planning to propose 100 regiments but maybe some of the 12 historical ones (some fought everywhere in Europe and overseas).

Basicaly I would love to add "Mousquetaires" but they would be only seen with the king (Role Play events ?), and a few regiments but I'm restrained by the numbers of regiment and by each regiment size and their total numbers to keep it reasonnable even if they were historicaly accurate. I'm also not so good at defining them as they are usualy all said to be infantry line.

Thank for the input.

Basically, the regiments that are intended here are pretty limited, in that it's just nice to add some historic unit names and history/tradition to the existing game. Cavalry in the game is not playable (yet). So this only concerns infantry units that were active in 1750.

What we need, per suggested regiment, is:

2. A Regiment's size (how many Regiments?)

7. A Regiment's history of commanders (names and dates)

8. A Regiment's history of battles (names and dates)

And if you can find a regimental flag of the period, that's nice too.

We use this data to fill the Regimental data a Regiment in the game already has. Those that don't have this data, will be established at the start of the game (or later), and also build up their history. But it's nice to start with some historic traditions, so that some gamers get to play in a historic regiment with its proud tradition.

And for the amount of regiments, you need to check out the structure of the Army in-game to see what is realistic. We don't follow the historic proportions, we follow the proportions of the game design. 12 historical regiments seem entirely possible. 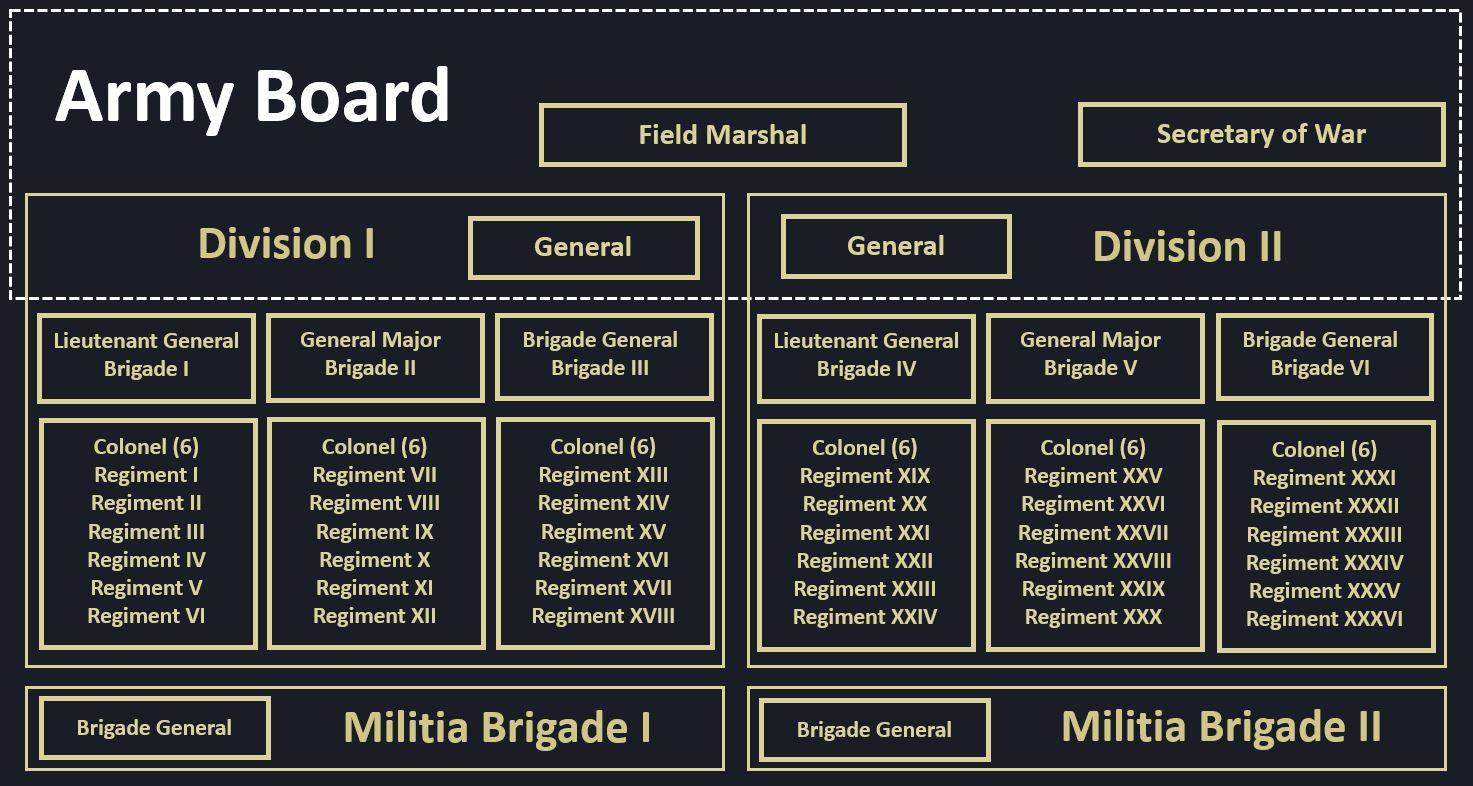 The idea is that these contributions by people that love doing research and know their sources, can be used to fill some game data. But I'm afraid it does require some work per Regiment to do it.

4. Motto : No found motto and no found marching music

7. A Regiment's history of battles

Its most famous member, but less than the book character we know today, is :

Charles de Batz de Castelmore (born around 1613) also known as d'Artagnan who inspired Alexandre Dumas character in "Les Trois Mousquetaires". He was a cadet in the regiment, as an Enseigne then as Sous-Lieutenant. He will also be captain(-lieutenant) (captain being normaly  the king himself) in the 1st Musketeer company, the grey musketeers (for the horses color). He will die in 1673 during the siege of Maastricht. 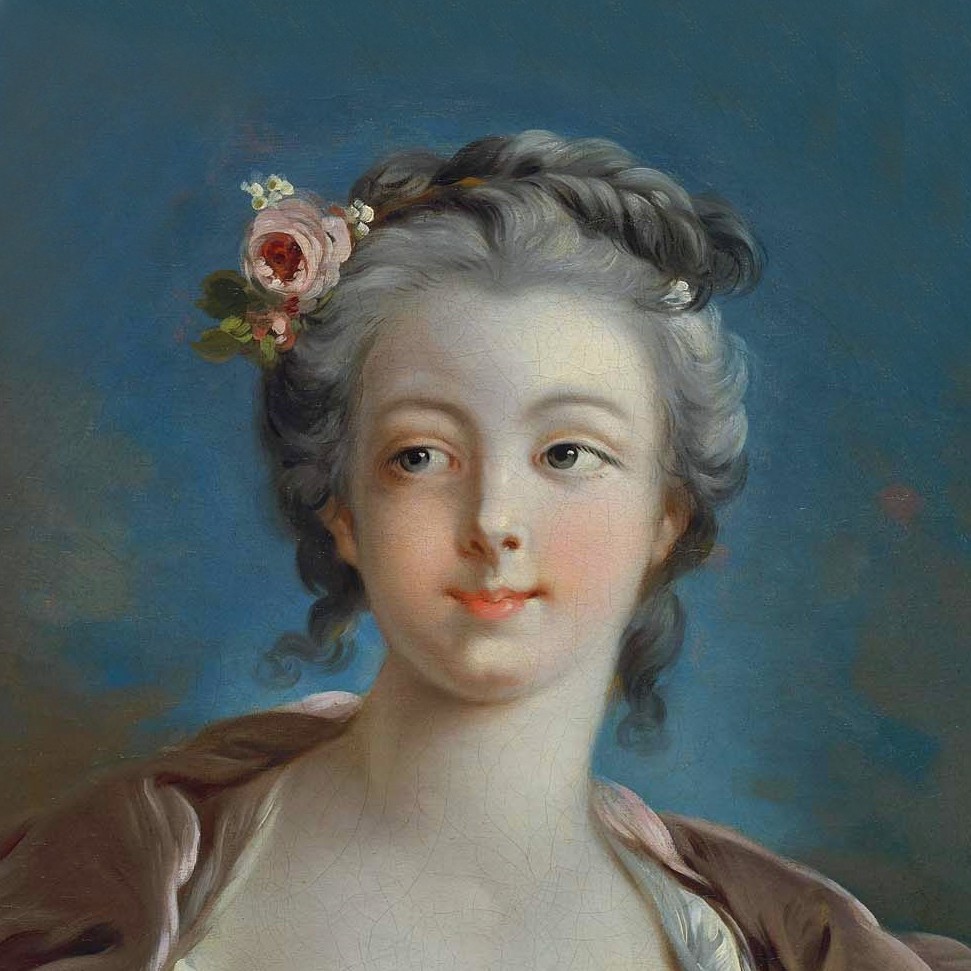